skip to main | skip to sidebar

A Hard Lesson Learned… the Case of the Counterfeit Coin

When I started this newsletter the intent was to draw from my casebook of clients something that others could read and learn to advance their managerial or leadership capacity. Since the lessons learned usually came at my cost, I hoped I could save you some pain by avoiding the worst of the mistakes I made. My initial newsletter format was too limited to allow for the full exposition of the cases, so I kept the title but dropped the feature.

With a new format I can now use real cases, camouflaged to protect the guilty and innocent, but illustrative of the kinds of things that really go on in organizations. These cases give you a chance to play against me and test your wits as how you would handle it.

The fun thing here is you can work these cases a little like contract bridge. You can play my hand as the consultant or try to figure out how to handle this from the executive’s side.

In the Case of the Counterfeit Coin I learn an important lesson about how the assumptions we act upon in the workplace can produce results quite different than those we intend.

A young man called me. He was the executive director of a small non-profit professional association and his job was to lobby the legislature encouraging policy favorable to his members' business and blocking things that weren't. He was particularly skilled at doing this and proud that he and his small staff of three could point to some real legislative successes over the past couple of years.

He was troubled, however, his staff and, who as he described it over the phone, seemed disinterested if not uninspired by their work. He described to me a group of women who did very good work, providing him with the sound analysis, persuasive materials and other supports to help him protect his members' interests on the Hill. But they seemed dispirited.

He told me that he honestly could not have achieved what he had without their help and that he was really disturbed that when he returned to the office to share with them what they as a team had accomplished, their response was muted if not lackluster. He had wracked his brain as to what was wrong, what made them so indifferent to their work. Lacking an answer he had come to worry that a serious morale issue was dogging his team. In desperation he sought my help. I agreed to meet with him and his staff to uncover the why his staff's passion didn't match his own.

[Let’s handle this like a Harvard B-School case study. You have all the details. What do you think? What would you do next?]

Before revealing what I learned let me share a little wisdom I've picked up along the way about organizational problems. Whatever I'm told in that first call is almost always wrong. More often and not the problem is presented (framed) in terms of a person or persons and these are not usually the true culprits, indeed many times it is not a person at all who is the problem - the issue actually resides in the organization's culture or structure. If there is a culprit, ironically it is the person who called me. All this has taught me to enter the deconstruction and analysis of these situations with care, avoiding presuppositions and working to arrive at my own independent and well informed opinion of what the problem is (if there is one) and who is responsible (if it is even a person at all).

I drove downtown and began a set of interviews with him and each of his staff individually. I was honest, but vague, about my interests, masking my curiosity about his concerns about motivation and morale with my own questions about the effectiveness of internal processes.

In meeting them I was immediately struck by a demographic anomaly. He was a young man, recently wed, they were all women all at least 15 years older than he, with older children and, in one case grandchildren, and a couple of divorces to boot. He was a college graduate with an advanced degree; they were technically trained some still pursuing their undergraduate degrees. Except for the fact that they all worked for the same employer with a common mission, he and his staff came from and lived in very different worlds.

I was surprised to hear staff speak with considerable passion about their work and the pride they took in its quality and professionalism. If anything, they were disappointed by their boss's lack of appreciation for the excellence of what they did on a consistent basis. They liked him although they granted he had a pretty big ego and saw these legislative successes as the result of his valiant and clever efforts. This was not what I expected to hear.

I drove back to my office more puzzled than I had been than before I started these interviews. Something didn't add up; there was a huge disconnect between what the EO reported and what they told me. It was possible, but not plausible they were lying. They seemed genuinely proud of their work.

I began a second round of interviews and this time around one of them provided me just the clue I was looking for. In asking what it was like to work for him, a staffer told me: "you know, all he ever talks about is work. That's all he's interested in. Just once I'd like him to come into the office on Monday morning and ask what I had done for the weekend or my kids are of what I thought of the Seahawks game. Anything but work!"

Informed of this I probed the other respondents and while they were generous and charitable about chalking up his lack of interest in them to his youthful inexperience, driven ambition and self importance, they surely felt he didn’t care much about them except as part of a machine to get the work done.

[What do you think? What would you recommend be done?]

This was a powerful lesson for me, a classic example of a mistake I have seen managers, teachers and all sorts of professionals make repeatedly: they assume that the people they manage, teach or support understand the world the same way they do. Later on popular culture coined the term "to get it (or not)" to describe someone just can't see something from another person's point of view, doubling down on the error by substituting their own interpretation of events. Psychologists call this projection... where you project your own values or motives on others.

What I had here was an office where different values operated side by side and in mutual ignorance. This wasn't a communication breakdown, they exchanged information about the job quite efficiently. This certainly wasn't a personality conflict they were cordial enough to each other. It was most surely not a morale problem, but based on a much different set of issues than the boss assumed.

It was simply the fact that what he and his staff thought was important and valuable about their work was very different. And he, as manager, had no clue as to what was important to his workers. At the time I labeled the phenomenon I had discovered as paying off in the wrong currency. His recounting of their legislative coups was the same as paying off in Zlotys when they were looking for Dollars.

Despite available data to the contrary we read and react to social situations employing the personal frame or paradigm we've gained through experience or learning. Sadly, however, we all have plenty of instances where a manager or a teacher or a coach committed just such a vanity, presuming that you and I think, feel, are motivated in the exactly as they are.

Know how to test for this error? If you find yourself saying to someone,” just try this it is easy,” you can be sure you are assuming just because it’s easy for it is easy for someone else. When you hear yourself say those words, stop and think twice. Things are not always what they seem.

So what did I do? Nothing very dramatic. I met with him; I met with them; I met with him and them. And the message was the same, try to understand what each of you value and recognize that you are not motivated by the same things. Did it work? Not really. The director and his staff were firmly rooted in their respective worlds and while I could get them to see that, logically, value systems are relative and need to be acknowledged and respected, neither party really cared.

They went through the motions, but it felt artificial because it was. He thought they were bourgeois drones, they thought he was an arrogant elitist… and they were both right. Eventually he moved on to another more prestigious job, they stayed and contended with a new boss. I’d like to think that I opened their eyes a little and I know he approached his new staff with a greater sensitivity to what motivated them, but it is really hard to get people to understand, much less regard, value systems significantly different than their own. Maybe you learn this from your parents or you never learn it at all.

The person who learned the most from this case was me. Upon reflection I realized, to my relief, that I had not committed this error as a teacher. I realized early on as a teacher that I hadn’t been a student like most: my enthusiasm for learning and they ways in which I acquired, sorted and applied knowledge was really different, pretty unique, maybe even odd. This is not shared judgmentally, because I do not think my personal learning style is somehow superior to anyone else (although I must admit teachers liked it and rewarded me for it). I can cite a thoughtful statistic: in 37 years of teaching, covering thousands of students I met five who approached learning the way I did.

This was a sobering thought because I could have missed the boat with thousands of students if I had stood there and taught to myself (and the five who were wired as oddly I). Sadly, however, we all have plenty of instances where a manager or a teacher pr a coach committed just such a vanity, presuming that you and I think, feel, are motivated in the exact same way they are.

There is nothing wrong in relying upon our own paradigms to make sense out of new situations. Indeed, generalizing from one social experience to find footing in a similar one is usually a sensible tactic. But making that generalization, particularly when ascribing motives to others, is a risky business. It makes even more sense to develop the skills to understand motives and sets of value markedly different from your own. 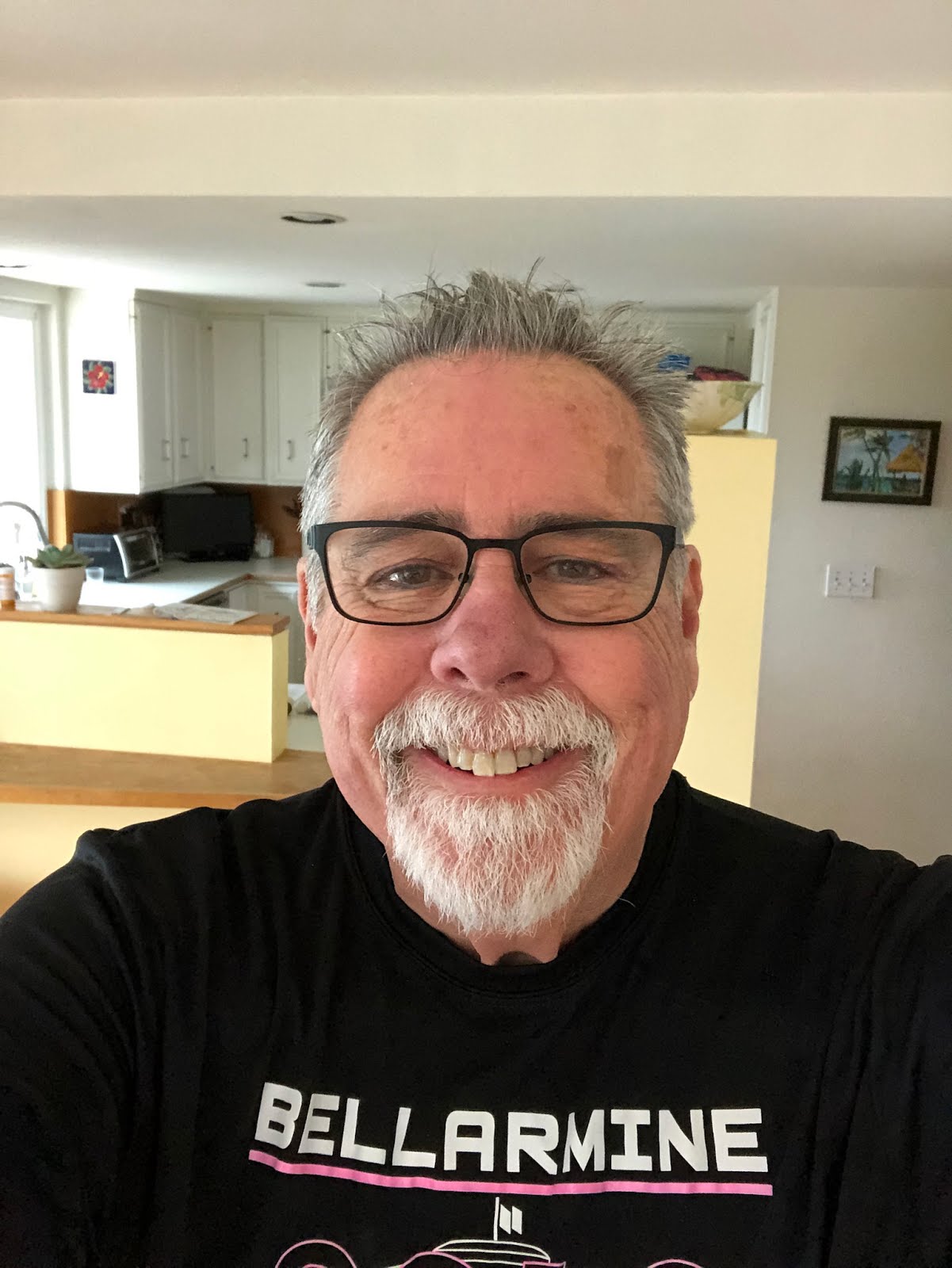 One Day of Planning for One Year of Outstanding Performance!